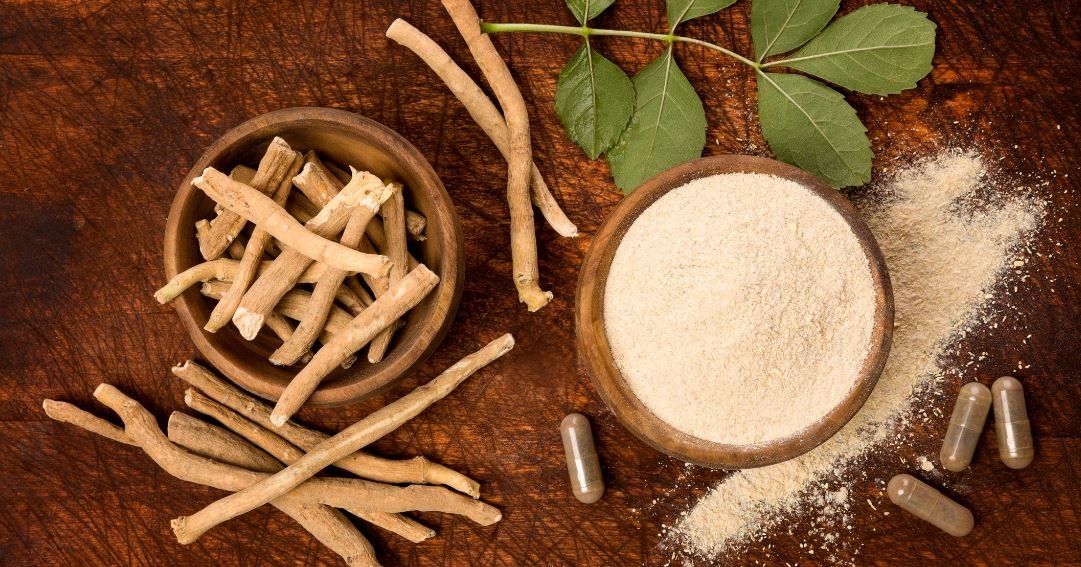 Ashwagandha: Definition, Health Benefits, Side Effects And Many More

One of the most crucial herbs in Ayurveda, a conventional alternative medicine rooted on Indian principles of natural healing, is ashwagandha. Since the inception of Ayurveda around 6000 BC, the advantages of ashwagandha have been widely known. It is a key ingredient of Ayurveda and is used to cure a wide range of ailments. If you are curious about ashwagandha after hearing about its miraculous rejuvenating impact? You will learn everything you need to know about one of the most potent Ayurvedic herbs, ashwagandha, in this article. So, let’s delve in to learn more about it.

An evergreen shrub, ashwagandha grows in Asia and Africa. Ashva means “horse” and Gandha means “smell” in Sanskrit. Every single part of the shrub has been tremendously beneficial in some way. It has been used for a very long time in traditional medicine.

The ashwagandha plant is a tiny shrub with yellow flowers. Numerous illnesses, including anxiety and fertility problems, are treated with extracts or powder made from the plant’s root or leaves. It is referred to as a “rasayana” in Ayurvedic medicine, which indicates that it supports physical and mental health, protects the body from disease and harmful environmental factors, and slows the aging process.

What Other Names Does Ashwagandha Go By?

Ashwagandha is known by several different names.And these names are given below:

Some of the health benefits of ashwagandha are as follows:

May Help In Reducing Stress And Anxiety

The capacity of ashwagandha to lessen stress is likely its most well-known benefit. It is categorized as an adaptogen, a substance that aids the body cope with stress. It can improve brain functions and lessen the effects of depression and anxiety. This herb can help persons with stress and anxiety disorders by reducing their symptoms, according to several controlled human studies. In a 60-day study with people with chronic stress, those who took ashwagandha supplements reported an average 69% decrease in anxiety and insomnia compared to 11% in the placebo group.

May Improve Testosterone And Raise Fertility In Men

Some studies have shown that ashwagandha supplements can improve male fertility and raise testosterone levels. In one study, for eight weeks, 43 overweight men aged 40 to 70 who had mild fatigue took ashwagandha extract tablets or a placebo. The ashwagandha treatment was associated with an 18% rise in DHEA-S, a sex hormone involved in the production of testosterone. Those who consumed the herb also experienced a 14.7% increase in testosterone compared to those who took a placebo. A review of four studies also revealed that males with low sperm counts experienced a significant improvement in sperm concentration, semen volume, and motility when given ashwagandha.

Additionally, in men with normal sperm counts, it boosted sperm concentration and motility. The researchers came to the conclusion that additional high-quality studies are required in order to gather sufficient evidence to support the claims made for ashwagandha’s potential advantages for male fertility.

According to research, ashwagandha prevents the production of beta-amyloid plaques. When a person has a neurodegenerative disease like Alzheimer’s, such plaques, which are thought to be fatal to brain cells, form in their brains.

Scientists hold the test on mice with Alzheimer’s at the National Brain Research Center (NBRC). The mice’s cognitive ability considerably improved after just a few days of treatment. After a month, the mice’s brain function had returned to normal, and the number of amyloid plaques in their brains had decreased. According to studies, ashwagandha stimulates a protein in the liver that removes amyloid from the brain instead of directly altering brain chemistry.

There is limited evidence that ashwagandha may help persons with diabetes or high blood sugar levels. Ashwagandha treatment significantly decreased blood sugar, hemoglobin A1c (HbA1c), insulin, blood lipids, and markers of oxidative stress, according to a review of 24 studies, comprising 5 clinical studies in persons with diabetes. A compound in ashwagandha known as withaferin A (WA) is thought to have potent anti-diabetic actions and may encourage your cells to take in glucose from your bloodstream. Many well designed studies are required because there is currently limited research in this topic.

Ashwagandha may help in the reduction of inflammation in the bodies. When conditions like infection, toxins, and trauma occur, the body’s natural response is inflammation. To restore balance, the body will develop an anti-inflammatory response under the normal conditions. But, the body cannot regulate the inflammatory response when there is chronic pain. Chronic pain and chronic imbalance are the outcomes. Numerous Ayurvedic herbs treat ongoing, excessive inflammation. But One such herb that has proven efficacy in decreasing inflammation is ashwagandha.

Ashwagandha is commonly used to encourage great sleep, and some evidence demonstrates it may be effective for other sleep-related problems. For instance, a study involving 50 adults between the ages of 65 and 80 discovered that taking 600 mg of ashwagandha root daily for a period of 12 weeks greatly enhanced both the quality of their sleep and their level of mental alertness when they woke up in comparison to a placebo.

Ashwagandha was also found to have a slight but significant favorable impact on overall sleep quality in one review of five high-quality studies. When people took ashwagandha, their anxiety levels went down and they woke up feeling more attentive. The effects were more obvious, according to the researchers, in those who had trouble sleeping and in those who took more than 600 mg per day for at least eight weeks.

Memory loss, low stress tolerance, and mental health issues are all signs of aging. These can result in poor performance, low self-esteem, and weakened immunity. Individuals with these problems responded favorably to alternative medicine. Elderly people’s quality of life increased and stress was decreased with ashwagandha roots. They reduce cortisol levels, a neurotransmitter that raises stress. This herb was also utilized in conventional medicine to treat psychiatric problems. The effect of this Ayurvedic treatment for schizophrenia and depression has been shown in small-scale clinical trials. Ashwagandha is a promising treatment for stress, schizophrenia, and other age-related brain disorders even though its mechanism needs more research.

May Helps To Fight Cancer

According to some studies, withaferin, a compound present in ashwagandha, aids in the induction of apoptosis, the cancer cells’ programmed death. In a number of other ways, it also inhibits the development of new cancer cells. It is thought that withaferin encourages the production of reactive oxygen species (ROS) in cancer cells, which disrupts the function of the cells. Studies have also shown it may aid in the treatment of several cancers, including ovarian, breast, lung, colon, and brain cancer. In one such trial, rats with ovarian tumors were given withaferin either alone or in conjunction with an anti-cancer treatment, and the tumor development was significantly reduced. It is also believed that the treatment will stop the cancer from spreading to other organs.

What Precisely Makes Ashwagandha So Advantageous?

Ashwagandha’s main chemical components give it its distinct medicinal properties. The way it works is that all plants have a variety of unique compounds known as phytochemicals. Simply put, these phytochemicals are present in plants because they are unable to move, and they serve specialized functions.

What Are The Side Effects Of Ashwagandha?

When taken in small to medium doses, ashwagandha is thought to be well tolerated. However, there is not sufficient long-term research to look at potential side effects. Ashwagandha shouldn’t be used by pregnant women because it may result in an early delivery. Although short-term use of ashwagandha supplements at recommended dosages is typically well tolerated, mild to moderate side effects including headache, drowsiness, and upset stomach have been observed. Rapid heartbeat and allergic responses have only seldom been reported. Ashwagandha may reduce blood pressure and blood sugar and raise thyroid hormone levels, so be cautious of this possibility.

Though ashwagandha is thought to be safe to consume, those who are pregnant or breastfeeding, as well as those who have conditions including lupus, rheumatoid arthritis, and type 1 diabetes, may need to avoid ashwagandha. Ashwagandha may possibly interact with thyroid, blood sugar, and blood pressure medications. Before taking the medicinal herb as a supplement, anyone taking these sorts of medications should talk to their doctor.

The Food and Drug Administration (FDA) does not regulate manufacturers, which is another possible issue with Ayurvedic herbs. They are therefore not held to the same standards as pharmaceutical companies and food producers.

Herbs may not actually contain the herb at all, or they may contain contaminants like heavy metals. Before buying any product, people should make sure to perform some research about the manufacturer.

Ashwagandha is a traditional medicinal herb. It has numerous health benefits. According to several studies, ashwagandha may help with arthritis, stress relief, and anxiety reduction, among other health advantages. While ashwagandha is generally safe, not everyone can consume it. If someone decides to use this herb in their treatment regimen, they should first talk to their doctor about it.

What Is Collagen? Food Sources, Uses And Many More

Top 8 Myths About Cardiovascular Disease in the Elderly